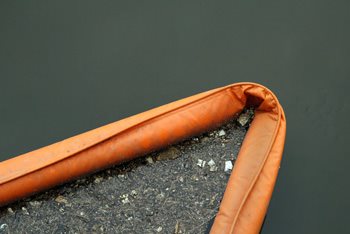 1. Oil Spill Definition
Oil spills can be considered to consist of any accident which involves the unlawful, unplanned and human-caused release of a “liquid petroleum hydrocarbon” into the natural environment. That being said, oil spills are most often understood to refer to accidents which occur at sea or by coastlines. Oil spills can be from oceangoing vessels, such as tankers, as well as immobile structures, such as offshore platforms, oil wells, and oil rigs.
Various kinds of oil spills can also differ in terms of the location of the accident, the kind of material involved, such as crude oil, refined petroleum like diesel and gasoline, bunker fuels, and waste oils. The concern felt by people over the impact of oil spills typically derives specifically from the prospect of long-term damage to natural biospheres, as well as any of their inhabitants.
2. Effects of Oil Spills
Oil spills are perhaps most noted for the destructive effect they can have on a natural ecosystem, but also for the additional effects they can have on the economies of the surrounding areas, including the employment prospects posed by the industries responsible for them. As such, as with the oil spill which occurred in 2010 commonly referred to as the Gulf of Mexico Oil Spill or BP Oil Spill and officially as the Deepwater Horizon Oil Spill, oil spills can cause further financial ill-effects and related possible deteriorations in an individual’s quality of life such that it might provide him or her with the basis for a civil law action.
3. Legal Ramifications
Oil spills which occur in a U.S. territory and/or affect U.S. citizens or permanent residents come under the coverage of the 1990 Oil Pollution Act. Among other things, this fund establishes the requirement for individuals or organizations responsible for oil spills to create funds for the benefit of all persons or groups adversely affected by oil spills.
In general, claimants for the payment of damages are advised to officially file a complaint as to how they have been affected by oil spills. Moreover, the Oil Pollution Act foresees that complainants should have their claim settled within a 90 day-period.
Legal actions filed against oil spills can be filed either in the form of claims or class actions. The Oil Pollution Act intended to more efficiently and less wastefully satisfy the legal grievances which commonly stem from oil spills in order both to assure that claimants more swiftly and assuredly receive financial assistance, and also that the legal system is not overburdened by the high volume of cases which can occur.
In this regard, it was noted that the BP oil spill has resulted in a number of individual legal actions, at a number exceeding 130, in addition to the claims more simply filed through the compensation fund established by BP and other companies involved. People can generally receive legal recourse for oil spills if they fit into one or more several categories for people considered to be affected by oil spills.