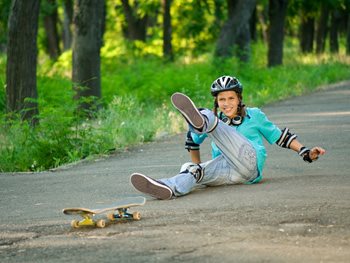 In any event, a skateboarding accident lawyer may be able to provide victims of skateboarding accidents with the ability to recover compensation for the pain and distress they have suffered, as well as the financial recovery to compensate for expenses incurred from receiving medical care and lost wages due to physical injuries.

The particular kind of legal motion allowed for by a skateboarding accidents lawyer unfolds within the larger administrative context of the system of civil law, which involves one of two primary sectors in the U.S. justice system. As such, the field for civil law practitioners can be contrasted with the other area, which is reserved for the criminal justice system.

Difference Between Civil and Criminal Law

Whereas civil law is concerned with the transactions and challenges which occur between individuals or groups considered private entities under the U.S. legal system, criminal law involves the Government bringing complaints for statutory violations against individuals subject to those laws. As a civil law practitioner, a skateboarding accidents lawyer does not have the ability to consign a defendant who is found liable through the persuasive power of his or her argument to a term in prison.

A skateboarding accidents lawyer might be referred to as a trial lawyer. This term, and the way in which it is used, is fairly unique to the U.S. legal system and may carry loaded connotations and even a tinge of disapproval depending on the particular individual who uses it.

For one, trial lawyers do not, as defined in this way, include all legal representatives who argue a case before a court of law. Rather, trial lawyers, as understood in this way, are legal professionals who specialize in recovering damages for clients claiming wrongdoing or negligence on another’s part, and who do so through the threat or accomplishment of court proceedings. As this suggests, a trial lawyer may be able to deliver satisfactory results to the plaintiff without the necessity of actually going through an entire trial. Skateboarding accidents lawyers, thus acting in this way as trial lawyers, will commonly secure settlements, rather than court verdicts, for the benefit of their clients.

Factors to be Cited by a Skateboarding Accidents Lawyer